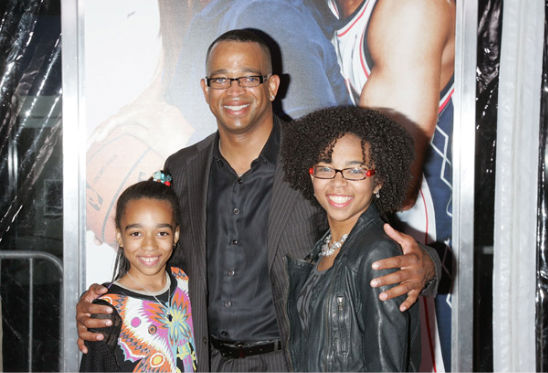 In and around 2010, I was a regular on the red carpet for movie premiers at the Ziegfeld theater in New York.  I don’t want to make this sound like more than it was.  I was in a position to interview celebrities as they made their way down the carpet, holding a microphone, on video.  The way these things work, however, the first 5 stops on the interview trough are outlets like CNN, The Today Show, E!, Extra, Huffington Post, The New York Times, etc.  Once you get down to my location let’s just say the niches get pretty obscure.

“Hi I’m with ‘Horse and Hound.’ So are there many horses in The Expendables 3?”

The cool thing about the gig was that I met a ton of celebrities and their handlers, many relationships which I still have today.  One night I was covering the premier of the movie “Just Wright” starring Common, and Queen Latifah.  It was a sports themed movie which brought to the premier local athletes including  members of the Jets, Rangers, D. Wade, and Rajon Rondo, who at the time was killing the point guard position for the Celtics.

After the cast had done all of their interviews and headed into the screening, my producer and I were wrapping up, shooting standups and recaps.  The fanfare was over and barely anyone was around when along came a familiar face taking photos on the carpet with his daughters.  It was Stuart Scott.  He was nice enough to give us an interview.

First let me say, I didn’t really watch Sports Center until Stu came along.  I watched, but it was for information, similar to reading box scores or the weather report.  The show was flavorless to me.  However, once I heard, say, coverage of Micheal Jordan hitting a turn-around jumper from the corner followed by Stuarts timely “Boo-yaow!” the entire sports center experience was forever changed.  He had met me where I was, and merged the language of hip-hop with sports.  Game changer.

The interview wasn’t what either of us intended, I’m sure.  Though we talked briefly about the movie, somehow (I likely asked something about training after the league, or nutrition, I can’t remember) the conversation ended up with us talking about his updated cancer diagnosis.  This was after he had previously been diagnosed, fought hard, and been treated.  We turned the camera off and he shared with me his intention to just face it day by day and fight.  He impressed the hell out of me.

I don’t know Stuart any more than anyone who watched him on TV, but that’s my Stuart story. And it was sincere and awesome.

Eating For Abs is about happiness and giving us ALL a chance to spend more quality moments with our loved ones.  In the end, we’re all very much in the same boat as Stuart, fighting the good fight against the odds which say that most of us will face cancer, and heart disease in our lifetime.