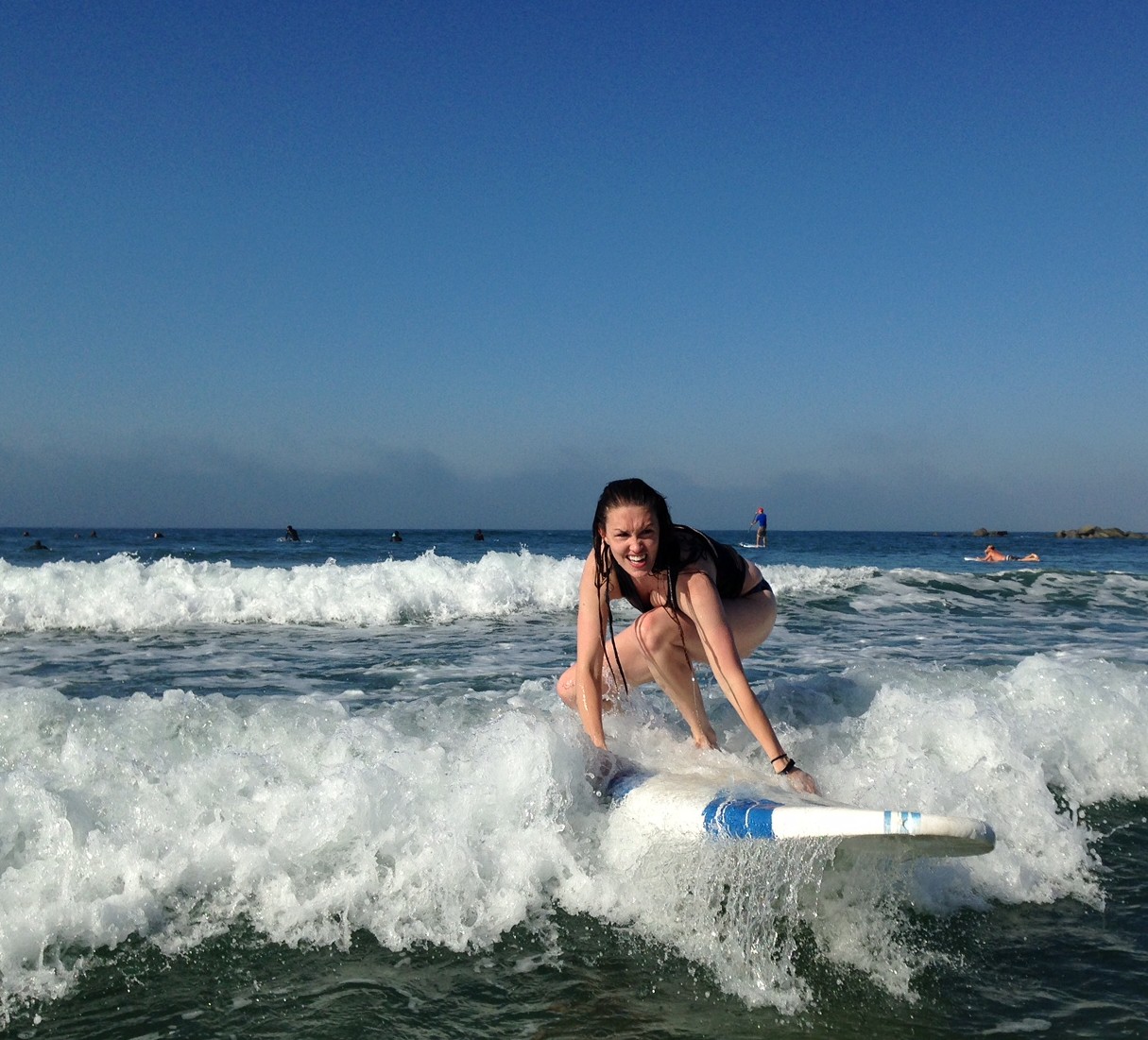 Kate is a pescatarian, which means that she prefers to only eat fish as her source of animal-based protein.

She’s also a hard gainer, which means that she’s tried in the past to gain lean mass, but has had a hard time making progress.  This isn’t to be confused with not being able to gain body fat, that’s not the goal.

Part of the difficulty that Kate, and other hard-gainers like her, faces can be attributed to genetics, but those can be often overcome with dietary changes and training adjustments.

Enter “E4A21,” the Eating For Abs 21-day fat loss challenge.  It introduces simple yet firm dietary guidelines, daily training that are designed to promote fat loss through healthy living.  Unlike crash diets through which one might lose weight through starving themselves, or eating rice cakes and ice cubes (who knows what people really eat on those diets), most people find themselves eating more food during their time in the challenge.

So I was initially surprised and then not surprised when Kate reported her progress leading up to day 21.  We double checked, triple checked, took a few days and checked again, and there was no denying it.  We had taken this hard-gaining, conscientious eater, and helped her achieve two BIG goals all at once: Kate dropped a whopping 5.9 inches off of her belly measurement, while gaining 10 pounds!

Kate worked hard, as she’ll tell you, it took 150% planning and focus.  Especially as she’s a medical professional, for whom it’s often difficult to manage meals as eating can be restricted in patient areas.

So how did this happen?  How can someone drop significant size while gaining weight?

The volume (space that it takes up) of a pound of feathers would be far less than the volume of the equivalent weight of gold, right? Now lets parallel that to Kate’s scenario. Body fat is far less dense than our lean mass.  So in this parallel, her body fat is pound of feathers:  it weighs the same pound for pound, but take up more space than lean mass. So due to the dietary changes that Kate made during E4A21, her lean mass was promoted (weighs more, takes up less space) while her body fat was being significantly reduced.  So much so to the point that she gained pounds, but her shirts and pants fit more loosely.

How did it happen so quickly? Two major forces were at play outside of the typical E4A21 guidelines: 1) Kate did the training, which is designed for fat loss, and gave it her all.  Combined with the E4A21 guidelines which set the conditions for her training to be effective which she followed verbatim. 2) We believe that prior to beginning the challenge Kate wasn’t meeting her protein needs, (not uncommon) which is a big part of the reason she had trouble gaining “good” weight. Once she started providing more of what her body needed, the changes happened.

I think it’s important to note that Kate’s results are not typical.  Neither was her level of commitment.  What will YOU make of your E4A21 opportunity? Anything can happen with a little focus 😉